You’re in the right place if you want to read about the Roborock Carpet Problems especially about Roborock S4 and Roborock S6 MaxV to get Improved Carpet Vacuuming Performance.

You want to know whether there’s a Roborock product that can clean shaggy or dark rugs? Yes! We have such amazing products as well that would make your life much easier than ever. We have the demonstration which would be explaining you about the product as well as the problems that could be faced.

Here’s a video of the Roborock S4 struggling to clean carpets:

How to solve the problems faced by Roborock S4?

No worries we have the solution for this! 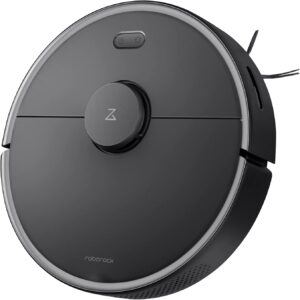 CHECK CURRENT PRICE OF THE ROBOROCK S4 MAX ON AMAZON

Additional weight increases brush pressure on the carpet and brush stops working for about 10 seconds to avoid overheating. For now, Roborock insists this is a protection mechanism for the brush’s motor. If you have primarily hard floors with pets that are prone to accidents in a busy house where things get left behind–while the obstacle recognition and avoidance feature isn’t perfect yet

The S6 MaxV is the one for the robot which is still getting used by people because it excels in navigation, mapping, and actual cleaning.

How to solve problems face by Roborock S6 and S6 MaxV?

Solution to this is given below! 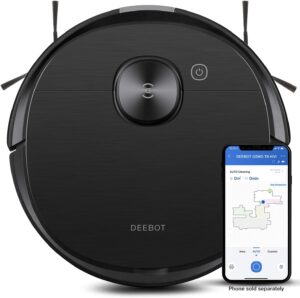 Also consider the S7+ vacuuming and mopping robot (this one’s brush doesn’t stall on carpet) or the S5 Max to have advanced mopping requirements. 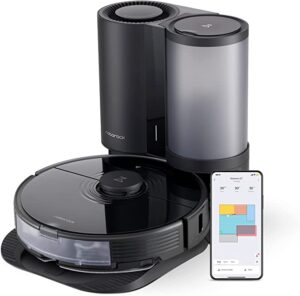 CHECK CURRENT PRICE OF THE ROBOROCK S7+ ON AMAZON 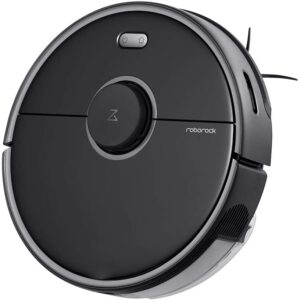 CHECK CURRENT PRICE OF THE ROBOROCK S5 MAX ON AMAZON

Which Roborock bots have issues with dark carpets and black borders?

All Roborock bots (S7, S6 MaxV, S6, S6 Pure, S4, S4 Max, S5 Max, S5, E4, E3, and E2) have issues with dark carpets and black borders although this isn’t exclusive to the Roborocks. Other models from competing brands have this problem as well.

Black borders absorb light which then triggers the four cliff sensors, causing the bot to back off thinking it’s about to take a tumble.

Are there workarounds for the cliff sensor issues of the Roborock?

Currently Roborock doesn’t have a solution. You also can’t disable this feature. They do however recommend taping the four cliff sensors. See how in the video below (starts from 4:23):

While taping the cliff sensors ensure your bot is now able to go over dark borders and carpets, this is actually at risk of a fall especially if you live in a multi-level home.

The best option would be to create keep-out zones around the culprit through the App. But that’s assuming you have the S series Roborock (S5, S4, S4 Max, S6, S6 Pure, S6 MaxV, S7) since the E line (E5, E4, E3, E2) doesn’t support this feature. You’ll do just fine with this feature if it isn’t a wall-to-wall carpeted area or if the marked zones rarely get walked on.

Currently, no Roborock vacuum cleaner–not even the S7–can handle dense, shaggy rugs. There aren’t many bots in the market or from competing brands that can either.

Here’s a video of the Roborock S5 and iRobot Roomba S9 struggling on a 1-inch shaggy carpet:

The Shark IQ is the only floor bot that can cross and clean shaggy carpets.

Here’s a video of Shark IQ cleaning the shaggy carpets:

Which Roborock won’t mop my carpet?

The S5 Max and S6 MaxV will not mop your carpet. They have a feature in the app where you can mark carpeted areas as no-mop zones.

But the Roborock S7 has the VibraRise function that automatically lifts the mopping bracket up to 5mm when a carpet is detected!

Roborock bots are great but not flawless.

Focus in this article is on areas where they’re lacking, that need improvement or that you need to pay some attention (about the roborock carpet problems) since this will potentially save you money and time with customer support, as well let you utilize your return window considering some of these roborock carpet problems are hardware and design related. Plus, Roborock has made their position clear on the cliff sensor and brush stalling problems.

Understand that while the inability to cross black borders or clean gray rugs have workarounds (tape the sensors or create no-go lines), the lack of intelligent mop lifting or the no-mop zones in some hybrid models (S5, S6, S6 Pure) is just how they’re designed. This is why you should pay attention to the units with these capabilities (S5 Max, S6 MaxV, and S7) if you have a mix of carpets and hardwood, tile, vinyl, etc.

Check out this review of the iRobot line